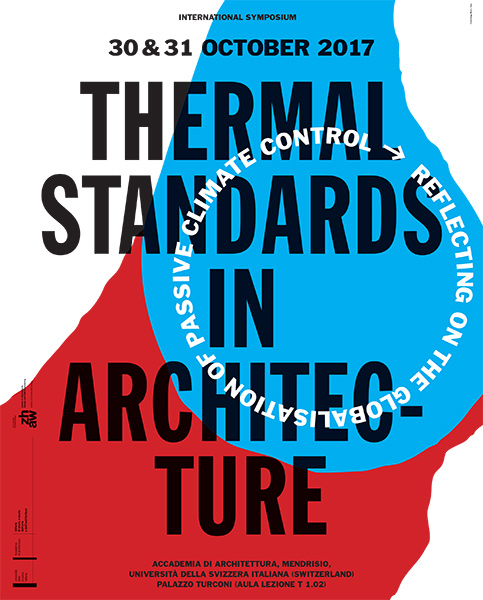 Reflecting on the Globalisation of Passive Climate Control

Thermal standards exert an ever-increasing impact on architecture. What used to be a minor issue in planning processes a mere three decades ago has become a rigid determinant in the design practice of architects. Recent building legislation has begun to limit the spectrum of possible solutions to the extent that thermal standards increasingly govern the concept, structure and form of buildings. The imperative to insulate building envelopes with little regard to maintaining a diversity of microclimates in the interior is just one prominent example. These developments can be traced to how thermal standards have been triumphed as a silver bullet by Western societies on their path towards energy transition and sustainable architecture. “Green goes mainstream” (Raymond J. Clark / Peter Ellis) has in particular seen a proliferation of thermal standards, regulations and labels. Agencies like the US-American LEED, the British BREEAM, the German Passivhaus or the Swiss Minergie, 2000-Watt Society, and SNBS offer certifiable solutions for thermal comfort in combination with the promise of sustainability in architecture and for cities. These “green-mainstream” standards are successors to the passive rationale of the bioclimatic architecture of the 1970s, promoting “the use of architecture as a primary energy device” (American Institute of Architects, 1978). Today, worldwide comfort in buildings increasingly relies on the import and export of thermal standards. This has resulted in their global circulation and a competition between the various agencies promoting them. However, such standards emerge out of specific local cultural circumstances and architectural traditions. This area of conflict between a globalised rationality and the need for local adaptation is the subject of the conference. Based on case studies from Switzerland and various international contexts, the conference examines the ways in which the global circulation of thermal standards affects and translates into local design and building practices. The conference addresses thermal standards by following an implementation-oriented and multi-disciplinary approach. “Regulations only exist in and through practice” (Imrie / Street 2011) and the researcher needs to follow them “through society” (Latour 1988). Thermal standards result from complex social negotiation processes involving actors from government departments, research institutions, investment companies and architectural offices. As a result, the circulation and promotion of standards are driven by architectural, political and economic agendas. The impact of translating thermal standards into building techniques hence extends beyond the mere single house to encompass whole urban contexts and the entire global challenge of sustainability. The conference will be held in three panels followed by a roundtable discussion.